I Should Be Dead By Now By Dennis Rodman

Is Dennis Rodman dead?  Well no, of course not.  In fact he lives here in South Florida and we see him all the time!

I don’t know about you, but I grew up during the Michael Jordan and Larry Bird Era. The Chicago Bulls had one player that I really resonated with and his name was Dennis Rodman! I was a Celtics fan as well as a Dennis Rodman fan which made things difficult for a Boston-based kid at the time. At any rate, when the book I Should Be Dead By Now by Dennis Rodman was released, I couldn’t wait to get my hands on it. Now I’m here to give you an overview of it. 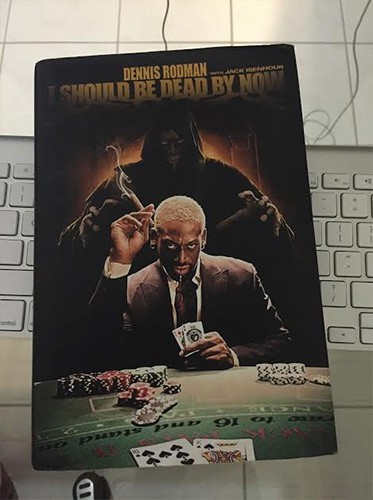 I’m not going to give you a play-by-play on every aspect of the book. Doing so would take the fun out of things for you should you decide to read it. I’ll start by saying one thing, Dennis Rodman is awesome. There, I said it! He’s a crazy cool guy and you’ll likely feel the same way about him after reading this book.

The book starts out describing how he was being driven around in a Maybach by a guy that graduated from Harvard while he was a college dropout. It then leads into him hanging out at a party showing off a body tattoo that would give any mom a heart attack if their son came home with that. This all goes down in Sin City and it became a rather integral part of Dennis Rodman’s life…possibly saving it.

The book then goes on to share experiences of partying with some really interesting individuals including Madonna and their marriage contemplation.

The book then goes further into the Dennis Rodman party antics. To no one’s surprise, at one point in time, Dennis even felt like every day was New Year’s Eve, according to page 33 of the book.

He goes on to discuss his relationship with Phil Jackson and his teammates. There’s also a lot of talk about him hooking up with Carmen Electra and getting married even.

I could honestly give every little detail about the book but I’m not going to do that. Instead, I’m going to tell you why I chose to review this book after reading it. I’ve actually met Dennis Rodman on a few occasions. As have my friends in South Florida. Dennis is fun to hang around with and he’s well known for being a friendly guy that likes to chill out in the local Miami, FL area. If you’re in the area you should be on the lookout for him because there’s a good chance you’ll see him out and about.

Lastly, at the end of each chapter as well as throughout, there are some simple but awesome words of wisdom provided by Dennis. They are what he refers to as a “Reality Check”. We can all use a reality check from time to time. Even if it comes from crazy Dennis Rodman. Check out the official Dennis Rodman site for more info on the man, myth, and legend or buy the book! 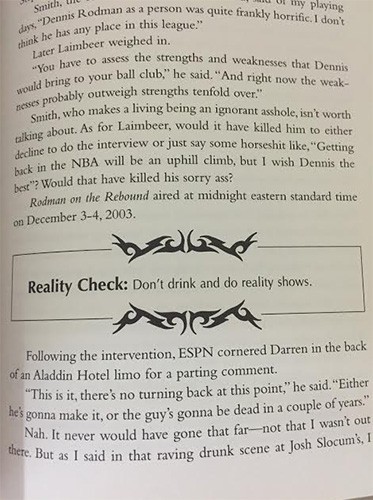 Brandon Sirrico is an Internet Marketing Strategist, specializing in affiliate marketing and SEO. He currently resides in Miami, FL. When not working, Brandon enjoys hitting the gym, reading, traveling to New England and spending time with family & friends.