Who is Mia Khalifa 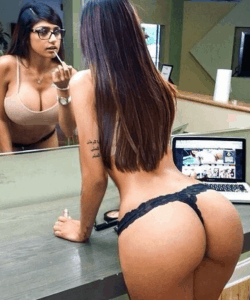 Who exactly is Mia Khalifa? I guess I’m out of the loop. I mean we all have things that we focus on or check out, but sometimes stuff that gets a lot of attention just zips by un-noticed. Such was the case with me and Mia Khalifa. As it turns out, she has drawn some major attention and seems to like controversy. So then, who is this Mia Khalifa and why does anyone care?

Who Exactly is Mia Khalifa?

Mia Khalifa was born in Lebanon. She came here with her parents when she was seven years old. She became a personality on social media. She was a webcam model. Mia Khalifa has also hosted and appeared on video streaming channels and shows.

Khalifa, who was raised Catholic but says she is non-religious, didn’t seem to care. She has said that her wearing the hijab was meant to be satire. She also claimed that she was surprised at those who were angry because of it. 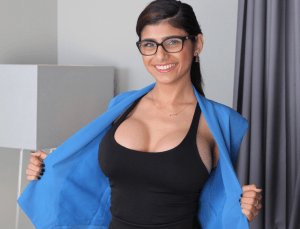 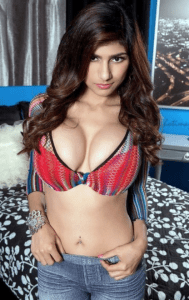 With basketball player Gilbert Arenas, Khalifa did “Out of Bounds” from late 2017 to early 2018. This was a daily sports and culture program on Complex magazine’s YouTube channel. Arenas is a former 3-time NBA All-Star point guard.

Then, in February of 2018, Khalifa decided it was time to do her own show. She announced her departure from “Out of Bounds” and moved over to the Twitch streaming platform. She launched her own, self-titled show that focuses mainly on video game live streaming, eSports type competitions, food, and “real life”. Her streaming program is viewable either live or via on demand.

I think she will continue being a popular social media personality because her Twitch show has over 3.6 million total views. Also, her social media pages have millions of followers and show no signs of slowing down. Seems like she wants everyone to know who is Mia Khalifa.