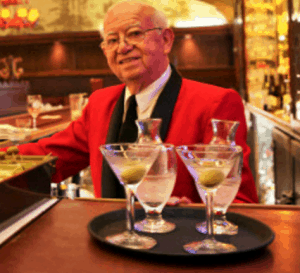 What do you think of when anyone mentions Los Angeles? Smog? Beaches? Traffic? Ocean? The Lakers? The Dodgers? Sure, I think of all those things. Hell, I’ve experienced most of those things and more when in LA. What I mainly think of when I hear Los Angeles is Hollywood. To me, Hollywood makes LA, LA. So if you ask me what is the best place to have a martini in Los Angeles, I’m going to tell you to “go Hollywood”.

Since I have an appreciation for Hollywood, its history, movies, entertainment legends, and that whole scene, I want to drink my martinis in classic digs. Places that have a history, a legendary vibe that you can almost sink your teeth into and taste all the coolness that has taken place there over the years.

What is the Best Place to Have a Martini in Los Angeles?

To me, Los Angeles means Hollywood. And for the best joints to sip classic martinis (and other great cocktails) in Hollywood, there are two stand outs. Musso and Frank Grill is one and The Dresden is the other. Both are icons in their own right and are places to be experienced for adult beverage imbibing men.

Checking out Musso and Frank Grill 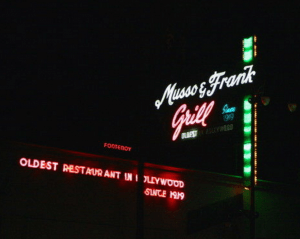 When you’re having a martini in Musso and Frank Grill located in the heart of Hollywood, you are drinking with the ghosts of legends. Bogart, Orson Welles, Garbo, Chaplin and other entertainment giants from the past and present. This place opened back in 1919.

Stop right there! If you think that you’ll get second class service here because you’re not some big celebrity, you couldn’t be more wrong. Everybody get A #1 top shelf service here. That’s part of their secret to being in business almost a hundred years!

A bartender named Manny Aguirre has been mixing “the best martinis in town”, just ask him and he’ll tel 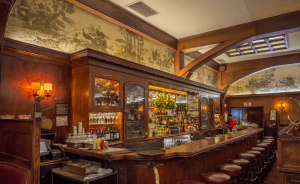 l you, there for over 25 years. I haven’t been out there lately, but I’m pretty sure he hasn’t retired. Whether you prefer gin (which I do) or vodka, you’ll get a spectacular martini served just right with extra in a little decanter. I highly recommend you having a classic martini which is beautiful in its simplicity. Gin or Vodka, Dry Vermouth and an olive.

Time for The Dresden

Another best place to drink a martini in Los Angeles is in East Hollywood. The Dresden has been there for 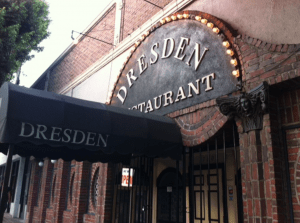 about 60 years. You’ve seen The Dresden in films such as “That Thing You Do” and “Swingers”. They have great music, jazz and standards, every night of the week. The restaurant is on left when you go inside and the piano bar lounge is on the right.

If you want to dig right into one of LA’s best made martinis, head to the bar and order their classic martini. It is so good that is famous in its own right. If that’s not an incentive, I don’t know what the hell is.

A huge bonus is that both of the best places to drink a classic martini in LA are also excellent places to eat. Having dinner and martinis is satiating two appetites at once just like we men like to do. Enjoy my friends.

Now, if you don’t know how to order a martini, you need to click that link and learn about it.

Head back to the home page here.