What is an Alviero Martini?

An Alviero Martini, before you get your cocktail shaker and glass out is a bit of a red herring (nope, it’s nothing to do with fish!)

The ladies in your life, or the new ones that you want to impress would likely be delighted if you turned up with an Alviero Martini.  So, what is it?  Well, Alviero Martini is an Italian fashion designer, who is famous for the 1A Classe Range of women’s handbags, purses, tote bags, wallets and watches.

All of the 1A Classe Range show  the famous featured “map” motif.

A flavor of Alivero Martini Fashion

Here is a sample of the spring/summer women’s collection for 2017.

Amongst the female celebrities who have been seen with 1A Classe bags are Kelly Preston (an actor who is married to John Travolta) and Michelle Rodriguez (who has starred in Avatar and Fast & Furious). 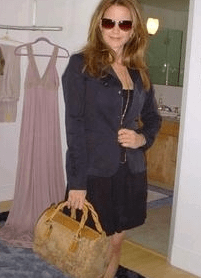 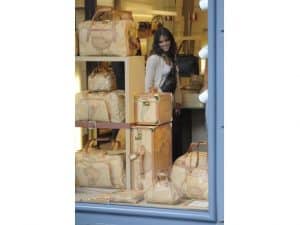 You can check out the 2017 collection on Martini’s site. This year, the menswear collection is inspired by Scotland and you can also buy accessories and bags that are designed specifically for guys too.

There are also some male celebrities who like the luggage range. 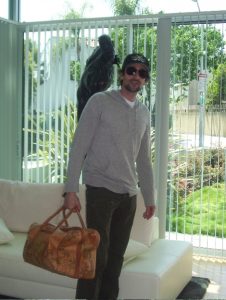 Adrien Brody is happy to be seen with his Alviero Martini bag.

At the age of 29, he was the youngest actor to win an Academy Award in the Best Actor Category for Roman Polanski’s film, The Pianist in 2002.

He is known for frequently collaborating with Wes Parkinson, the most recent film that featured this collaboration was The Grand Budapest Hotel (2014) which was a great success.

Alviero Martini loves travelling and has also been intent on collecting as many passport stamps as he can.  This obsession saw him create a new fashion range called ALV ((Andare Lontano Viaggiando) meaning “going far away travelling”.

I don’t know about you, but I’d rather head for the bar and enjoy a dirty martini than go shopping for luggage! I’ll think I’ll opt to do just that and leave the shopping side of things to the woman in my life! In fact, she is more than happy for me to do that, as long as I hand over my credit card before I head for the cocktail bar to carry on working my way through all the different martini drinks!

After all, life is too short not to keep us both happy!