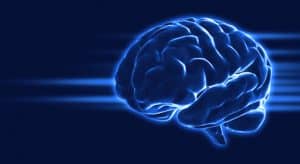 Good question, What Are Nootropics?  They are often referred to as ‘smart drugs’ or cognition enhancers and they are advertised as providing an improvement in your cognitive function, particularly, memory, creativity or motivation in healthy individuals.

In our fast pace of life, we all want to get more things done, potentially fast track our careers and have the drive and energy to make the most of every opportunity. Let’s delve a bit deeper into smart drugs and see if they could help you.

The term nootropic was created in 1972 by a Romanian psychologist.

Nootropics are currently fashionable among students at highly competitive academic colleges, professionals and basically anyone who is looking to improve their overall mind health.

The most common and popular nootropics seem to be the racetam group of supplements.  These include, Piracetam, along with Pramiracetam, Oxiracetam, and Aniracetam, all of which are composed of nitrogen, oxygen, and hydrogen.  These are all known to improve memory, mood, focus, learning ability and energy.

You will also find lots of information on ‘Nootropics Stacking’ as the perfect way to build a combination that will suit you best.

If you decide to try nootropics, it’s a good idea to do some research in deciding exactly what you want to achieve through taking nootropics and potentially doing some stacking so that you include the best nootropics for your own personal goals. If you are thinking about a nootropic stack, here is an article on the most beneficial nootropics to stack together.

At ThingsMenBuy.com we all love the idea of a ‘4 Hour Work Week’ as first suggested by Tim Ferris.  Let’s see what he has to say about ‘smart drugs’

If you don’t want to go down the synthetic route, you might want to look into natural varieties of nootropics (Tim Ferris mentions some of them in the video above).

Some of the best natural nootropics on the market are; Valorcine, Ginkgo Biloba, and Bacopi Monneri.

DISCLAIMER: I’m not personally recommending any of these products or suggesting that you try them – it is completely up to you guys to do your own research and make your own decisions.

I hope this article has given you a little more information into what nootropics are, the ThingsMenBuy.com team care about your health and are always on the look out for things that could improve it.  After this brief intro, I’ll leave it up to you to decide if you want to use nootropics. I personally need to do some more research as there are SO many possibilities out there!