Sex Toys For Men: Nights That Are A Little Less Lonely & A Whole Load Of Steamy

No partner to warm you up during cold and lonely winter nights?

Don’t worry; you’re not the only one. In fact, I bet there are hundreds of thousands of men who feel the same way you do out there. But hey, what can I say? That’s just how life is. Sometimes, you’re the king of the world. Other times, you’re just a lonely shut-in looking for some sweet loving. Do not fret; your glorious luck will come back someday soon. You know what they say, the wheels always turn around. If things aren’t going your way right now, things will eventually get better.

For now, you just need to find a way to hang in there.

Well, that is why you’re here in the first place, is it not? And boy, am I glad to see you around these parts brother. At the very least, I know you’re not up something no good. Instead of going out there, swiping left and right, risking yourself to Herpes and other types of STDs, you are actually trying to tone down your manly urges the safe way! At the very least, you’re health and future is safe around here.

It is not uncommon to hear women talk about how “animalistic” men are or how open we are about our lustful ways. Well, for a fact, men are sexual creatures. And I do mean this in a general sense.

When the male specie masturbates, it is called “normal” and a “need.” When a member of the female species does the same, she is often ridiculed, questioned, or made fun of. What people fail to recognize is that man or woman, we are all sexual creatures by nature. It’s only because of the existing stigma that women are more hesitant to come out with their desires and fetishes. But they have it too, I tell you.

With all that being said, it’s a little unfair how people sometimes label men as “animalistic.” Like, aren’t we all? It’s a good thing we don’t take it to heart, though. In fact, some websites are even in full support and giving us tips (lol). At the very least, describing us like that is okay – generalizing us as womanizers is a whole different thing.

We are not all womanizers, alright? And we actually do care about our reproductive health. It just so happens that some of our fellows have desire control issues and so they become prey to the pleasures of the flesh. But labelling us all the same? Now, that’s going a tad too far.

Some of us, like to play it safe. Which is why instead of having real life sex with strangers we barely just met, we prefer to have fun more “creatively.” I’m talking about adult play.

What Is Adult Play?

If you’re a bona fide adult and you have no idea what “playing” is like at your age, I pity you my friend. You’ve been missing out on some big things! Big, sexy, and very arousing things, mind you!

All jokes aside, adult play refers to activities that involve sexual pleasure, with or without a partner which often involves sex toys. Just because you’ve grown up doesn’t mean you don’t get to play anymore, okay? There are many ways to be childish as an adult. Only this time, the pleasure part is all lit up.

Where Can I Buy These Secret Toys? 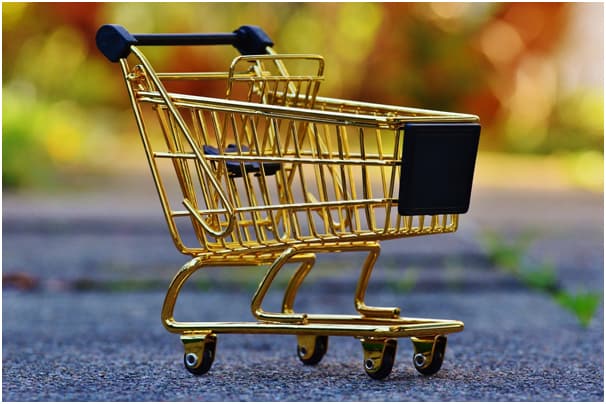 The funny things about these “secret toys” is that they’re not really too secretive. In fact, if you go on Google and key in a search right now (make sure you’re incognito though, just in case someone decides to borrow your PC), you will see hundreds – no, maybe thousands of sex toy stores like https://www.homemade-sex-toys.com/best-male-sex-toys across the net. Are they all legit? Well, not all of them. But many stores have legally acquired permits to sell such goods. And they make it a point to keep your purchases private too so you don’t have to worry about a thing. Other than online stores, there are also several (and they’re growing in number by the year) offline stores for such toys. More and more people recognize that masturbation is a completely normal thing to do so I guess companies have started to catch up to the idea. Anyway, when you choose a store, just make sure that it’s a place you can trust – especially if you’re particularly adamant about keeping your information secret.

These toys are fun to use personally but if you have a partner, then even better! Many toys are meant for individual use but you can get creative and find other ways to use them with your lover, right? Double the trouble, as I always like to say! Buy them as bachelor or bachelorette gifts before a wedding, buy it as a present for your pal’s birthday, or prank someone by having it delivered to their door prepaid. Seriously, there is no end to how fun these things can get!