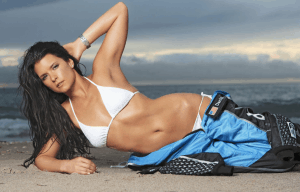 Danica Patrick is hot, lean, fit and looking damn good. I, like most men, would love to see her in as little as possible. So I was feeling motivated and I began looking around. Jackpot! I found some Danica Patrick bikini pics. Yes, yes, yes, I’m going to share them here.

But first, a little about Danica Sue Patrick. You may have heard of her. Kind of hard not to have heard of her. She is an American professional racing driver in addition to being a beauty. She happens to be a modern-day racing legend. Indy 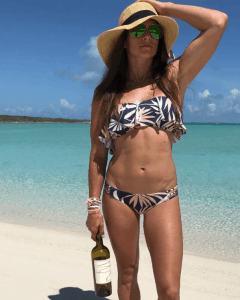 cars are where she has been most successful. Indy car racing is known as open-wheel racing. She’s the only woman to have won a race in the IndyCar Series. Back in 2008, she won the Indy Japan 300.

Danica also had success in NASCAR races. In the Monster Energy NASCAR series, she was the first woman to clinch a pole position. 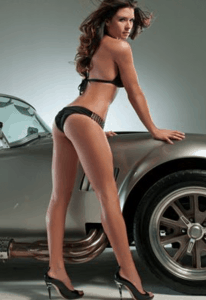 Between Indy car and NASCAR, she has been in over 300 races. She drove for Rahal Letterman Racing and Andretti Green Racing later known as Andretti Autosport in IndySeries events. In stock cars, she drove for JR Motorsports, Stewart-Haas Racing, and Premium Motorsports.

She’s also been successful in the endorsements field. GoDaddy, Chevrolet, Hot Wheels, Lyft, Nature’s Bakery and more have hired her to represent their products and company. Danica Patrick’s Instagram is a good place to see more and learn more about her.

Danica Patrick is Hot AND Legendary

This fit, beautiful, successful woman is both a pioneer and legend in racing at 36 years old. She broke a lot of barriers blocking women in the mostly male world of racing. In the process, she also became quite famous and wealthy. If you’re in to checking out what celebrities are up to and who are they dating, go ahead and click here.

And through all of this, the woman keeps herself in absolutely unbelievable shape! Lucky for us, she is not camera shy and seems to have no problem showing off her incredible lean, hot body!

That fact made it easy for me to find some great pics of her in bikinis. I enjoyed finding these pics of Danica Patrick in tiny bikinis. I have no doubt that you like them too.

More Photos of Danica in Bikinis 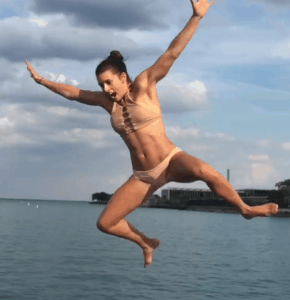